The family of Abbie Nummy, who sadly passed away on the 30th November 2019, were delighted to hand over a donation to Air Ambulance Northern Ireland in memory of their cherished daughter.

Abbie, aged 14, very sadly passed away on a Saturday afternoon in November after a tragic accident in the Bernish area, near Newry.  Following the loss of their eldest daughter, Abbie’s father and mother, Andrew and Lorna, asked for donations in lieu of flowers to be sent to the charity, Air Ambulance NI.  The family including Andrew, Lorna and Abbie’s brother and sister, Jamie and Darcie, were glad to visit the charity at their base in Lisburn to handover a donation of over £3700.

Speaking about why they chose to support the charity, the family said, “We really wanted to do something in Abbie’s memory and Air Ambulance NI is such a critical service for where we live that needs supported.  We really hope it can help make a difference.”

Colleen Milligan, Area Fundraising Manager with the charity said, “What happened to Abbie really was tragic and our heartfelt sympathies are with the Nummy family.  We are so grateful and truly humbled by the phenomenal total raised and thank everyone who donated in Abbie’s memory.  These donations offer hope to many people who need the air ambulance service in the future.”

The family would like to say a huge thank you to all their family, friends, neighbours and their entire community for the support they have received and to those who gave so generously to the charity including the team from Ardmore PSNI station, Newry who also contributed to the donation. 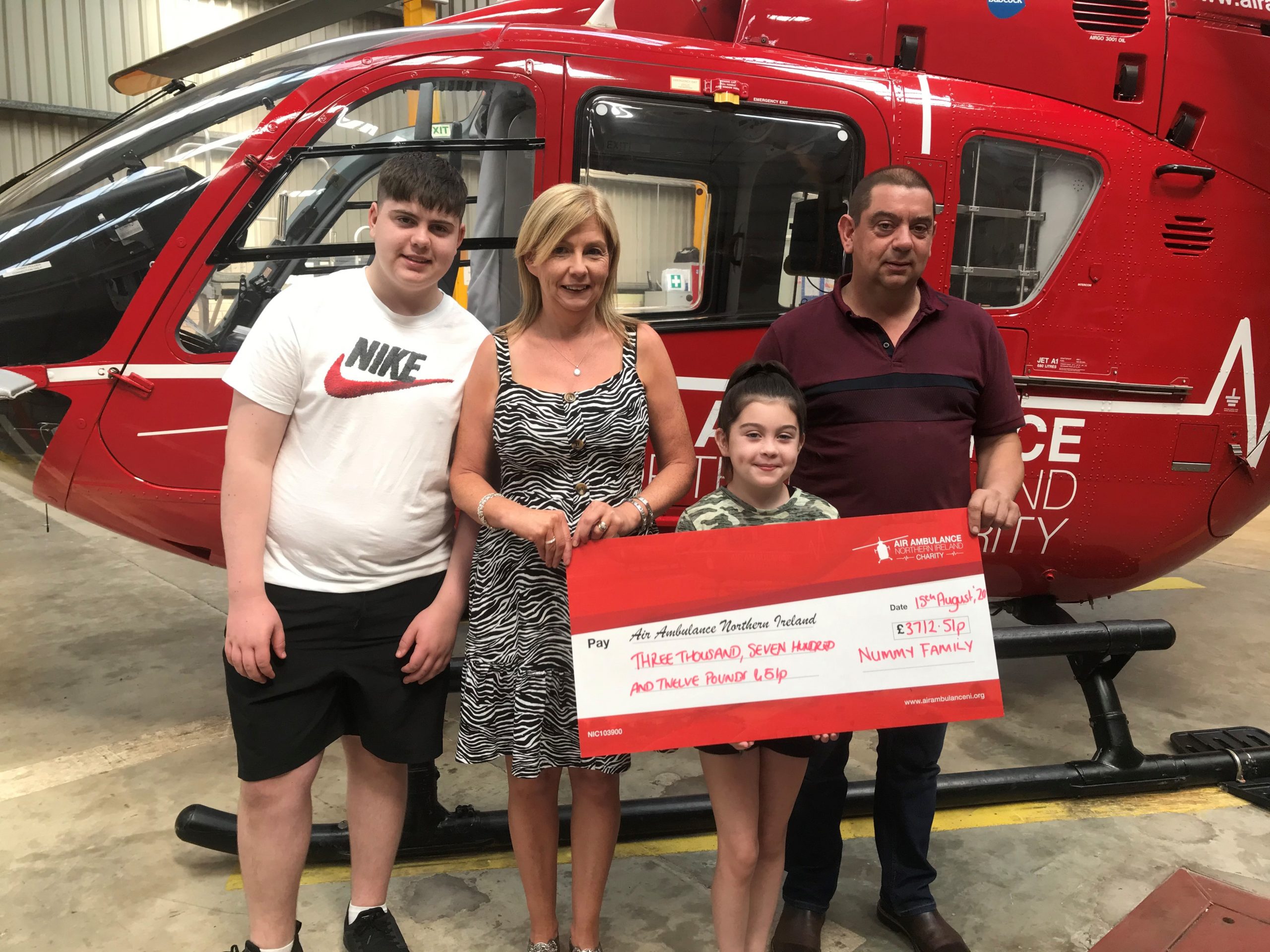