Making the announcement, Minister Swann said: “Since this service was launched over three and a half years ago, it has become a critical component of the Northern Ireland Ambulance Service’s emergency response.

“Many people who have had life-changing injuries, and whose lives have been at risk following significant trauma, have benefitted from the expertise of skilled clinicians who bring advanced critical care to the scene and rapidly transport their patient directly to the regional trauma centre for ongoing emergency care.

“I am grateful to those individuals and businesses who have continued to support this service through charitable donations. To date this has proved to be a successful and sustainable model delivered in partnership with the Northern Ireland Ambulance Service, but I also recognise the impact that the pandemic has had on the ability of our charity partner to raise funds in its customary manner. This £1 million payment will assist Air Ambulance NI with the challenges they are currently facing and assure the ongoing success of the funding partnership that delivers this valuable service. ”

Ray Foran, Chairperson, Air Ambulance Northern Ireland, welcomes the announcement by Health Misiter, Robin Swann, “Air Ambulance NI is delighted to receive a funding package to help us continue to deliver pre-hospital emergency care to those in most need. Air Ambulance NI has experienced an increase in taskings by almost 20%. We have continued to operate during these challenging times, supporting the Department of Health and Northern Ireland Ambulance Service. We would like to thank all of our supporters for their continued and ongoing contribution.” 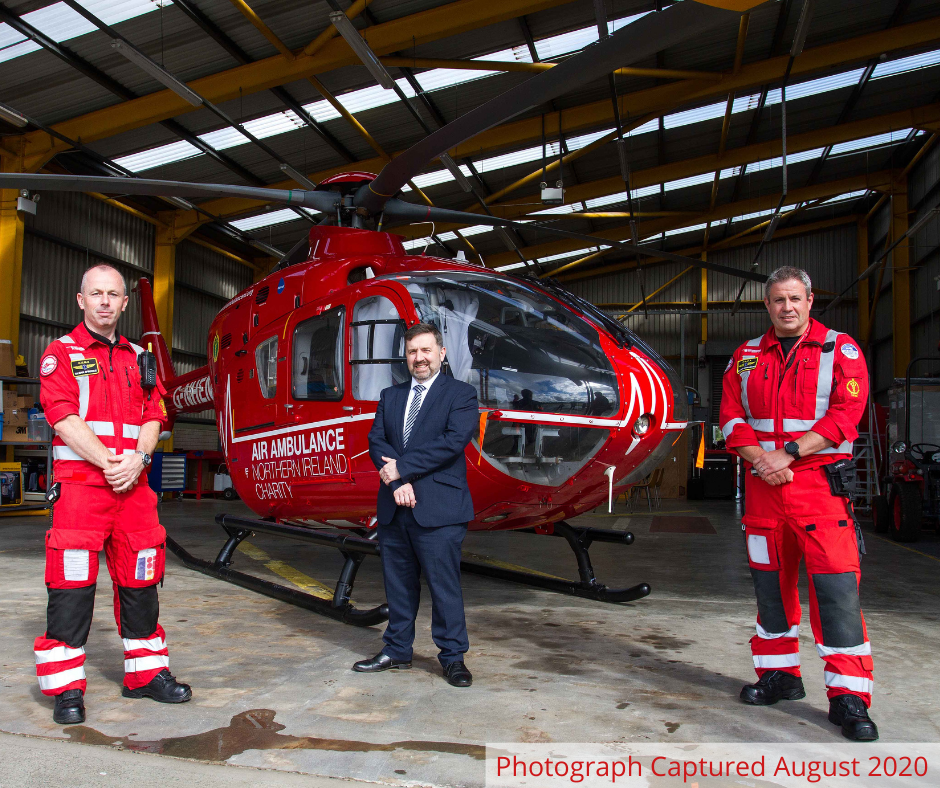