12-year-old Ryan Graham, from Garrison, Co Fermanagh set himself an initial challenge of cycling 100 miles in memory of his cousin Neil Graham, to raise vital funds for Air Ambulance Northern Ireland. The student at Enniskillen Royal Grammar School embarked on his inspirational fundraiser by cycling around his locality over the month of March but quickly exceeded his target!

Ryan’s cousin Neil Graham sadly passed away in 2018 after an agricultural accident which the Helicopter Emergency Medical Service (HEMS) crew attended. Ryan was motivated to do something positive after this tragic event, to help HEMS in their mission of providing critical pre-hospital care to people in life-threatening incidents. Speaking about his virtual fundraising event and support of the charity, Ryan’s mum Wendy said, “It is such a vital service to have in Northern Ireland and especially to rural Fermanagh.”

After surpassing his initial 100-mile goal Ryan set a new target to complete 183 miles– the distance from Garrison to Lisburn, where the Air Ambulance NI base is, and back again! Ryan completed his cycling challenge and raised a phenomenal £3023.75 for the charity but his support didn’t stop there. Ryan also signed up to become the 111th member of Junior Club AANI. A membership programme for people under the age of 18 to support for the charity and receive exclusive membership benefits including branded merchandise and educational sheets, in return.

Damien McAnespie, Area Fundraising Manager for the charity said, “I want to thank Ryan and his family for supporting Air Ambulance NI not only in his cycling challenge but also signing up to be one of our treasured Junior Club AANI members. Since July 2017, the medical team have been tasked to over 2,114 calls of which 164 were to Fermanagh and Omagh Council area – the team simply could not fly without support like this so thank you Ryan.” 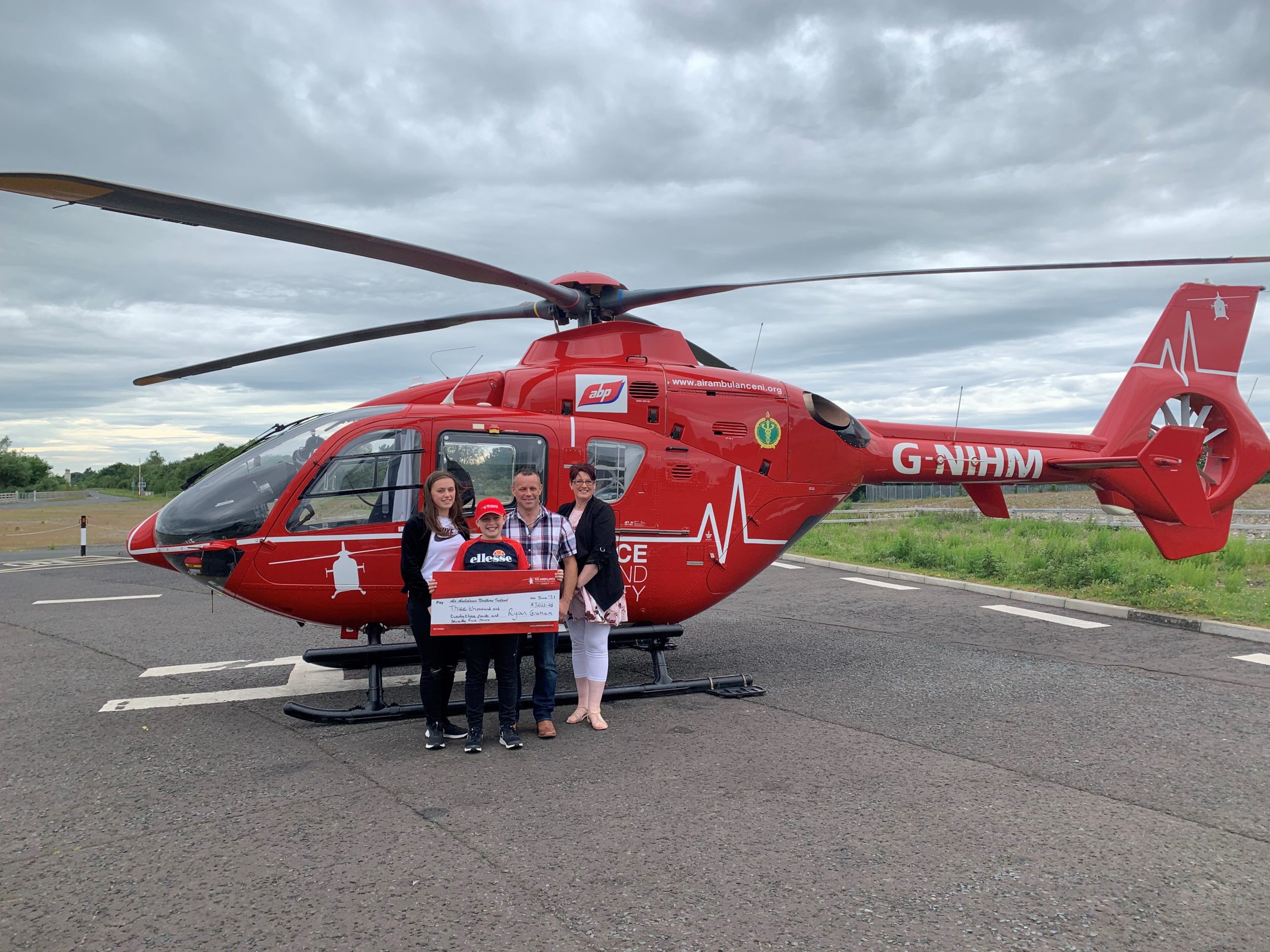