On a bright Tuesday afternoon on 23rd July 2019, Philip English was on his way from work in Banbridge to Newcastle to join the family when a tragic road traffic collision meant that his onward journey would be by air rather than road.

Philip, a self-employed plasterer, was involved in a collision which resulted in multiple, life changing injuries, when his motorbike was involved in a collision with a vehicle.   Philip was treated at the scene by NIAS and the Air Ambulance was dispatched from its base near Lisburn.   The HEMS team administered treatment at scene and quickly transferred Philip to the major trauma centre at the Royal Victoria Hospital in Belfast.    Philip spent 9 weeks in the care of the Royal Victoria Hospital having suffered a broken collar bone, severed his main artery in his right arm, broken right arm, lacerated right thigh and broken keen and shin.

He still attends Musgrave Park Hospital for physiotherapy, further treatment and rehabilitation, remarkably Philip has taught himself to use his left hand which has allowed him to recently return to work.

A year on, Air Ambulance NI were delighted to meet Philip and his family, Rachel, Charlie, Oliver and Grace to our base.  Philip said,  “I know that without the services of the air ambulance and the medical team, I may not be here today,  I’m more than grateful and would encourage people to do what they can to support AANI, it’s a fantastic charity.” 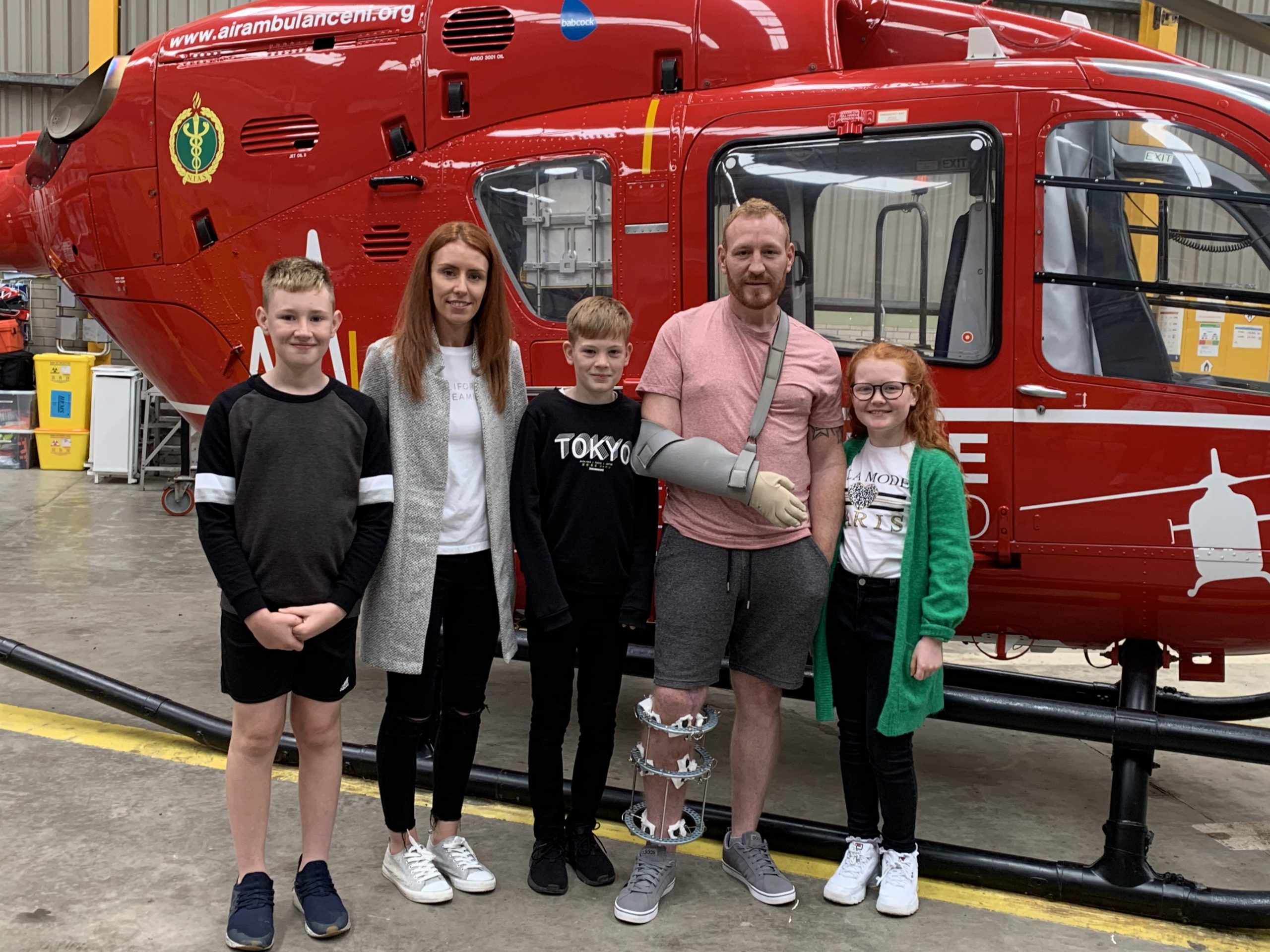