Omagh’s Eoghan Rea has raised £916 for Air Ambulance NI following his ‘5K a Day in May’ fundraising challenge.

The local Annie’s barman decided to set himself the challenge over lockdown to keep himself fit and fundraise for a charity which as he said, “helped motivate and keep himself accountable to exercise throughout the 31-day challenge”.

Deciding to support the emergency trauma service for his fundraising challenge, Eoghan said, “Air Ambulance NI is a local charity and, now so more than ever, deserve our support. I hear about the work that they do and I’m aware that at any time, anyone may require their service. Back in March, Telestack Ltd had organised a ‘Stars in Their Eyes’ fundraising event in Annie’s Bar, where I work, but this had to be cancelled due to Covid-19. This made me realise that charities would have to rely on other methods to raise funds.”

Eoghan set up a JustGiving page to allow family and friends to support and donate to his campaign on-line. Eoghan said, “The first week of runs was tough because I wasn’t used to road running but after that my body came accustomed to it and I found myself wanting to run further and longer, so after about a week I changed my challenge from reaching 5k a day to doing ‘at least’ 5k a day.”

To conclude the fundraising campaign, Eoghan excelled himself even further by running a half-marathon distance with his brother Eamon who was doing the same challenge for his chosen charity, Cystic Fibrosis Trust. “In 31 days, I managed to complete nineteen 5K’s, eight 10K’s, three 10 mile runs and one half-marathon, giving a combined total distance of 247km/153 miles.”

Damien McAnespie, Air Ambulance NI Fundraising Manager, said, “Throughout lockdown and despite most of us spending more time at home, trauma accidents and incidents continue.  The Air Ambulance NI service is still needed on average one or two times daily, and since the service started three years ago, the team have been tasked to over 1,487 incidents – 112 of those incidents were to the Omagh and Fermanagh Council area.  Each day £5,500 is needed and like every charity, we are experiencing a massive reduction in fundraising due to Covid-19. This is why on-line fundraisers like Eoghan’s are so important as they ensure our team can continue to fly and respond to trauma calls. I’d encourage anyone who has an idea to support the charity to give it a go; we are only too happy to help and support your fundraising.”

Eoghan thanked everyone who supported him over his fundraising campaign by saying, “I am extremely thankful not only for your donations but for the support and kind words. Without it all it would have been an extremely long month.” 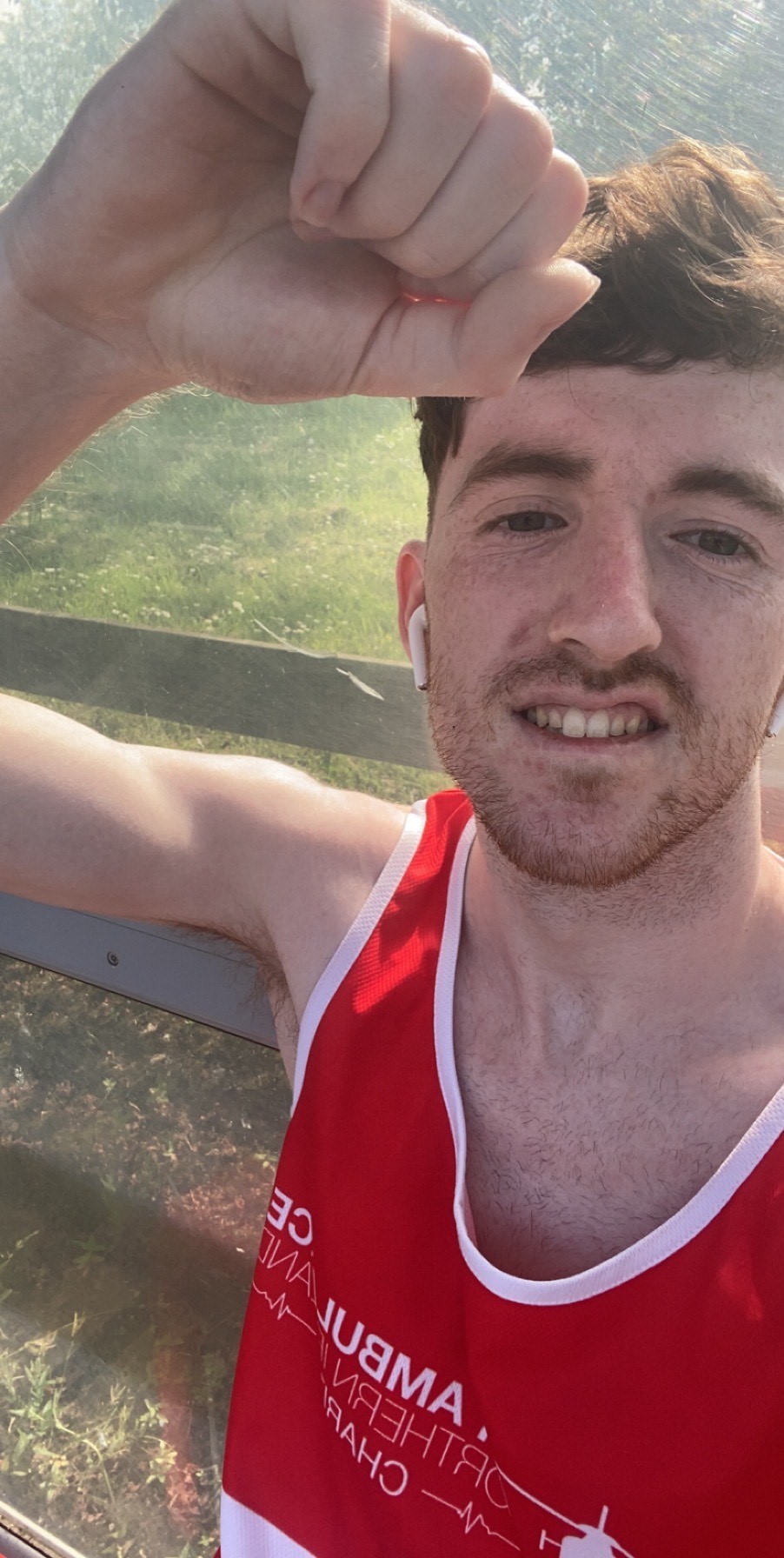