The Covid 19 pandemic and the resulting lockdown meant that during one of the busiest times of the year Edenkennedy Agricultural Consultancy had closed its doors to its many clients and completed their Single Applications Forms either over the phone, texts or by emails.

As a thank you to all the farmers who followed the ‘Stay at Home’ message and their co-operation during a difficult time, David Rankin from Edenkennedy Agricultural Consultancy decided to support 3 local charities, one of which was Air Ambulance NI.

His son Niall, who runs for Dromore AC, was due to take part in the Mourne Way Marathon in June.  The challenge was unfortunately cancelled due to the Covid-19 pandemic, but Niall was adamant that he would do his bit to help his dad in supporting local charities.  He decided to take his run to the roads, and ran from The Crown Bar, Belfast to Banbridge ensuring he totalled the 26.2 miles.

On the 20th June 2020, Niall who lives in Scarva, ran 26.2 miles from Belfast to Banbridge in support of Air Ambulance NI. 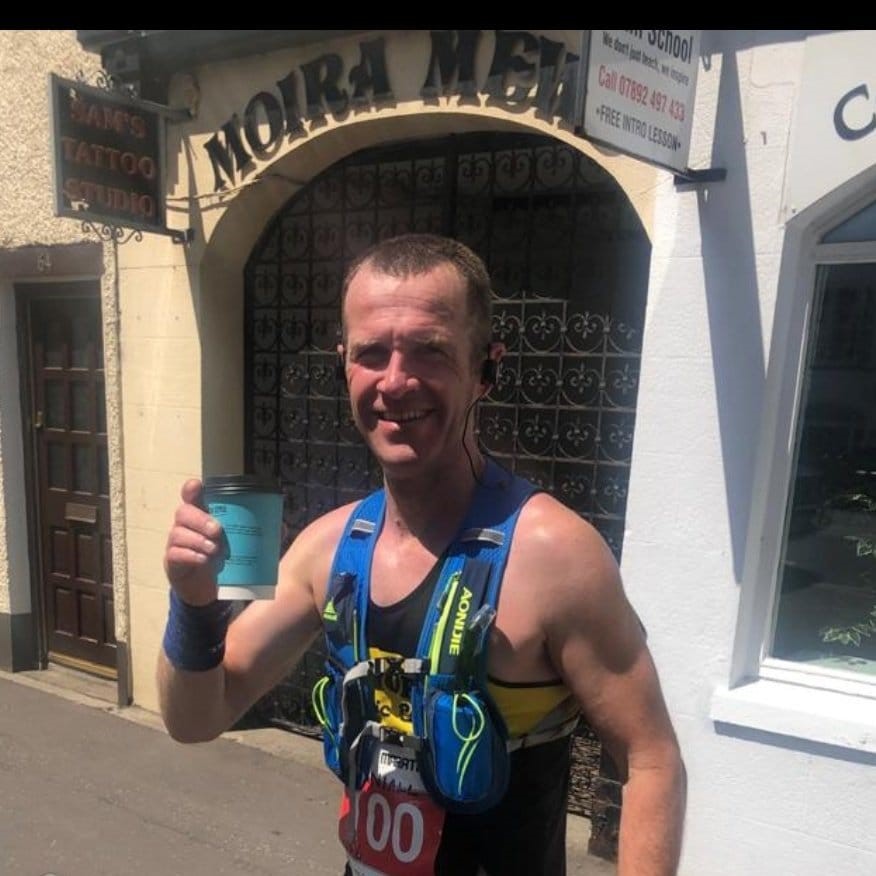 When asked about why he chose to support Air Ambulance NI, Niall explained, “Being a Firefighter in the Northern Ireland Fire & Rescue Service I’ve been to incidents where the Air Ambulance have been in attendance and witnessed the highly professional work they do to help save the lives of others”

David Rankin a partner in Edenkennedy Agricultural Consultancy, also wanted to donate to the life-saving service and support his son’s great efforts.

Niall, his father and staff member Brendan White were delighted to donate a fantastic £500 to the charity.  This vital donation will be used by Air Ambulance NI towards the cost of running the life-saving Helicopter Emergency Medical Service (HEMS) which takes £2m a year to remain operational.

Colleen Milligan, Fundraising Manager for the charity said, “We are so inspired by the creativity and generosity we are seeing from the public across Northern Ireland.  Niall is a real inspiration.  Running for that length of time can be a real battle and challenge, and we are just so delighted that he wanted to do this in support of Air Ambulance.  It was a real family effort, and we are so grateful for the additional donation from Niall’s father’s business, Edenkennedy Agricultural Consultancy.  As a service we rely heavily on charitable donations to keep the medical team in the air, delivering critical care to patients who have suffered trauma throughout Northern Ireland- without this type of support, the team simply couldn’t fly.  Every single penny counts. We want to say a huge thank you to Niall and all his family.”