Ballyward man, David McCully, was delighted to handover a cheque for £700 this week to local charity, Air Ambulance Northern Ireland after the family needed the service for their youngest granddaughter, Alix.

An accident happened on Thursday 13th February when Alix fell into a bath of hot water on the evening before her second birthday.  The Helicopter Emergency Medical Service (HEMS) team were tasked to the scene to treat Alix and she has since made a great recovery.  Speaking about the reason for supporting the charity David said, “It was a very frightening experience and we really appreciated the prompt actions of the Air Ambulance crew that day.”

David was so grateful he decided that instead of asking for presents for his 60th birthday in March he requested donations to the Air Ambulance NI charity.

The local council area of Newry, Mourne and Down is the busiest for call outs of the HEMS team to the area with over 230 taskings to date since the start of operations 3 years ago.

The family want to say a big thank you to all those family, friends and neighbours who gave so generously in support of Air Ambulance NI. 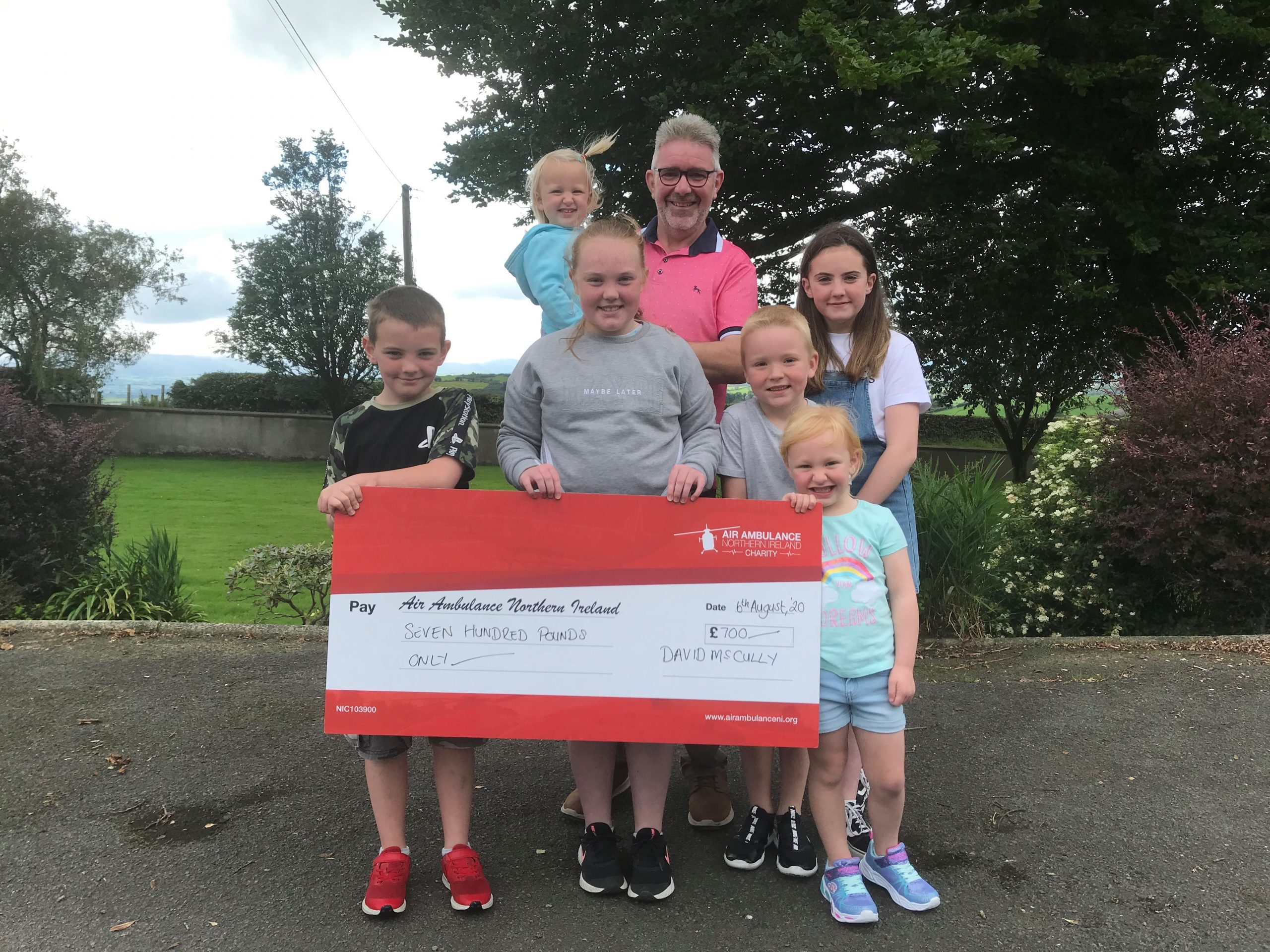