On 11th July 2020, Belfast man Brendan Dorrian (33) was playing a training match with Crumlin Utd Football Club, when he suddenly collapsed on the pitch much to the shock of his team mates and spectators. Brendan was an incredibly fit young man so was a complete shock to everyone.

Unbeknown to all, Brendan had suffered a cardiac arrest and his life was in the balance.

The HEMS team treated Brendan at the scene, before transferring him to the Royal Victoria Hospital, Belfast, where he remained in intensive care for a few days after the incident. Medical tests confirmed that Brendan has an underlying heart condition called Alcapa and in September 2020 he underwent open heart surgery. Brendan’s road to recovery did not end there, as he was then fitted with a personal defibrillator and remained in hospital until 1st October 2020.

Brendan said, ‘The work of the people at the pitch and the air ambulance that day basically kept me alive and it is something I will always be grateful for’.

Throughout the month of March 2021, Brendan’s wife Nichola and her cousin Ciaran Caldwell (first team manager of Crumlin United Football Club), along with some members of Crumlin Utd Football club and various family and friends, took on a ‘5k a day’ challenge to raised much needed funds for Air Ambulance NI. Together, they raised a phenomenal £15,000.

With the recent easing of restrictions, Brendan, along with his family, was able to visit the Air Ambulance NI airbase and meet with representatives of the medical team.

Glenn O’Rorke, Operational Lead for The HEMS said, “Brendan’s outcome could have been so different if early CPR had not been administered and they did not have access to the defibrillator. Early medical intervention is key in instances like Brendan’s. The important message for anyone who finds that their loved one is not breathing is to call 999 and to have a go at CPR, the 999 ambulance controller will guide you with simple CPR instructionshelps get blood and oxygen to the vital organs. The objective is to save life, prevent brain damage and buy time until medics arrive. In Brendan’s case, access to and administration of the defibrillator was vital to restore a viable, or “perfusing”, heart rhythm.  We are so pleased that Brendan has made a great recovery and his heart condition is now identified.  Patients are at the centre of everything we do, and it is always lovely when patient families choose to get in touch.  We are also very grateful to Brendan’s family for their fundraising support which will help future patients receive the care they need at scene.” 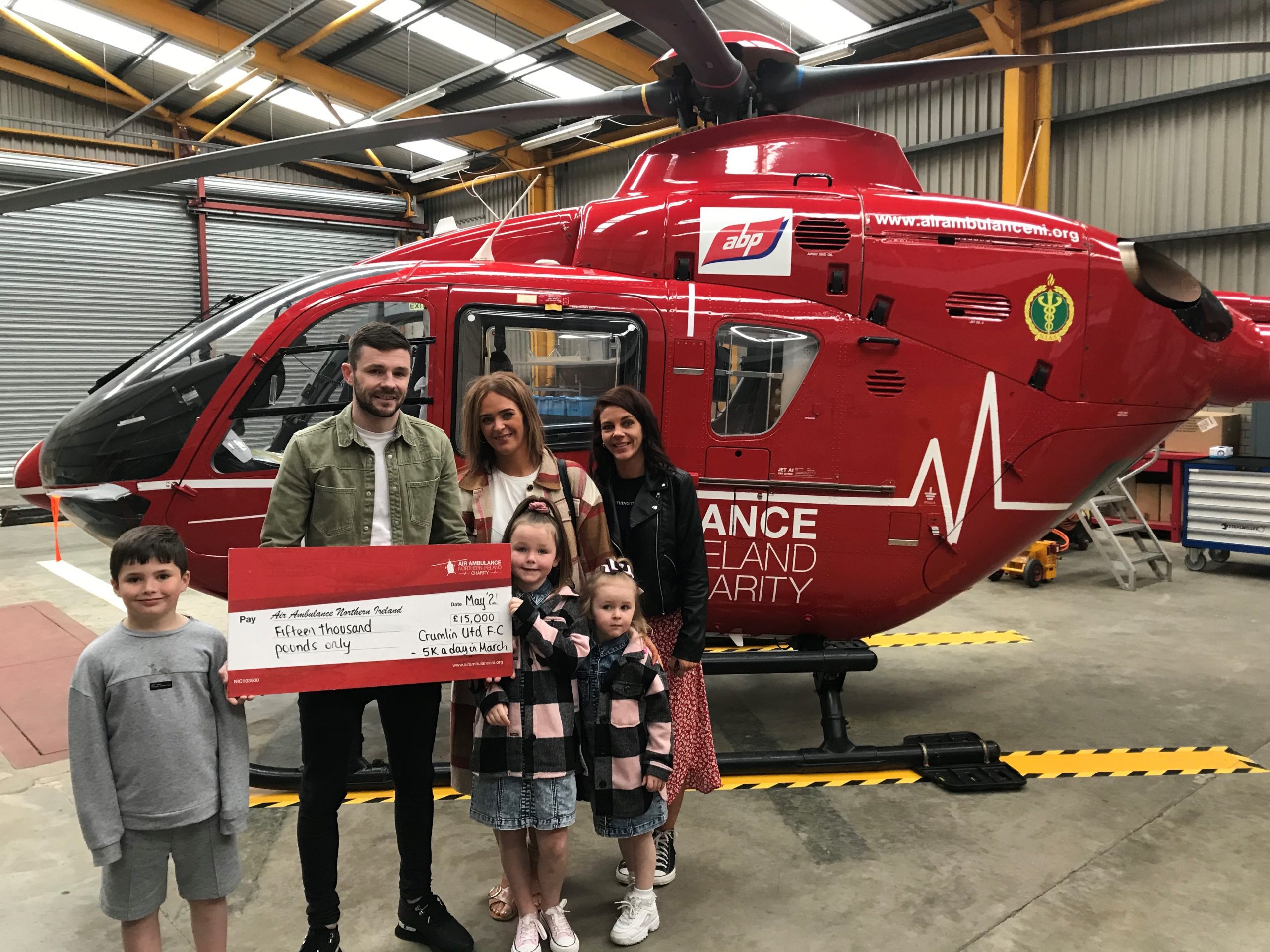