On the early evening of Friday 12th July 2019, 36 year–old Daniel Muldoon from Coalisland, Co Tyrone was involved in a serious motorcycle crash outside Dungannon.

Daniel was driving his Yamaha YZF R125 motorcycle with his friend Birt when he hit a slump in the road sending the motorcycle into a cast iron fence. Padraig McCann was out digging in his garden and witnessed Daniel’s crash, immediately phoning 999. Emergency services from NIAS and PSNI, as well as the charity Air Ambulance Northern Ireland helicopter, were tasked to the scene. Daniel initially tried to get up and walk after the impact but was encouraged to sit down by his friend Birt, who then phoned Daniel’s partner Laura to let her know what had happened. Within minutes, emergency crews arrived at the scene followed by the Air Ambulance NI helicopter which landed beside the scene. Laura could see the helicopter circling in the air from her kitchen window nearby but didn’t realise the seriousness of what had happened until she reached hospital.

Despite remaining conscious after the accident, Daniel had suffered a range of internal injuries including six smashed ribs, a punctured lung, punctured diaphragm and had lacerated his liver in three places. Daniel was in severe pain and due to the severity of his injuries, the HEMS (Helicopter Emergency Medical Service) team decided that Daniel should be placed into a medically induced coma at the roadside. Daniel recollects, “I can remember being in an awful lot of pain and discomfort and then the doctor told me he was going to put me to sleep and that’s the last thing I remember before waking up in hospital two or three days later.”  Due to the nature of Daniel’s injuries, the HEMS team travelled with Daniel via road ambulance to Royal Victoria Hospital, Belfast.

Following his accident, Daniel spent three weeks in the Royal Victoria Hospital, two of which were spent in intensive care. Daniel, a self-employed owner of Muldoon’s TV Aerials and Satellite Services, found himself having to recover at home over the next five months, slowly regaining his full mobility and strength. “My dad Eugene was able to keep my business going part–time as I recovered from home, but cabin fever really started setting in with me and I just wanted to back out working again. By December 2019, I was able to go on the road with my dad to jobs. I was able to start lifting televisions onto walls by myself to gradually going into loft spaces to do wiring work and then finally back up ladders and onto roofs of houses to install aerials again.” 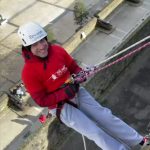 Daniel, and his father Eugene, were so thankful for what the Air Ambulance NI team and all the emergency services did for him that fateful day that they decided to sign up to the Derry Tower Abseil fundraising event in March 2020, just before lockdown, hosted by the charity. Daniel said, “I could never thank the Air Ambulance team enough for saving my life and I wanted to do something to give back for all their help.” From their online fundraising page and donations from family and friends, Daniel and his father Eugene raised over £1700 for the Air Ambulance NI Charity.

Damien Mc Anespie, Fundraising Manager for Air Ambulance NI, said, “It was brilliant to have Daniel and his entire family down to our base and see the remarkable recovery he has made since his accident a year ago. I have known Daniel personally for over 25 years but unfortunately, as a lot of people know, serious accidents and life-changing experiences can happen in a split-second and no one knows what tomorrow will bring for any of us. We very much appreciate the fundraising efforts of the Muldoon family as our medical team could simply not respond to accidents like Daniel’s without support from the entire public.”

Concluding, Daniel said, “I would like to thank everyone who supported myself and my father with our fundraising and would also like to thank once again the Air Ambulance for all they have done and continue to do on a daily basis. I also want to thank the other emergency services, the doctor and nurses of the Intensive Care Unit of the Royal Victoria Hospital, Belfast. I would also like to encourage people to continue supporting Air Ambulance NI, I would never have imagined ever needing the services of the AANI but am so thankful for them that fateful day.” 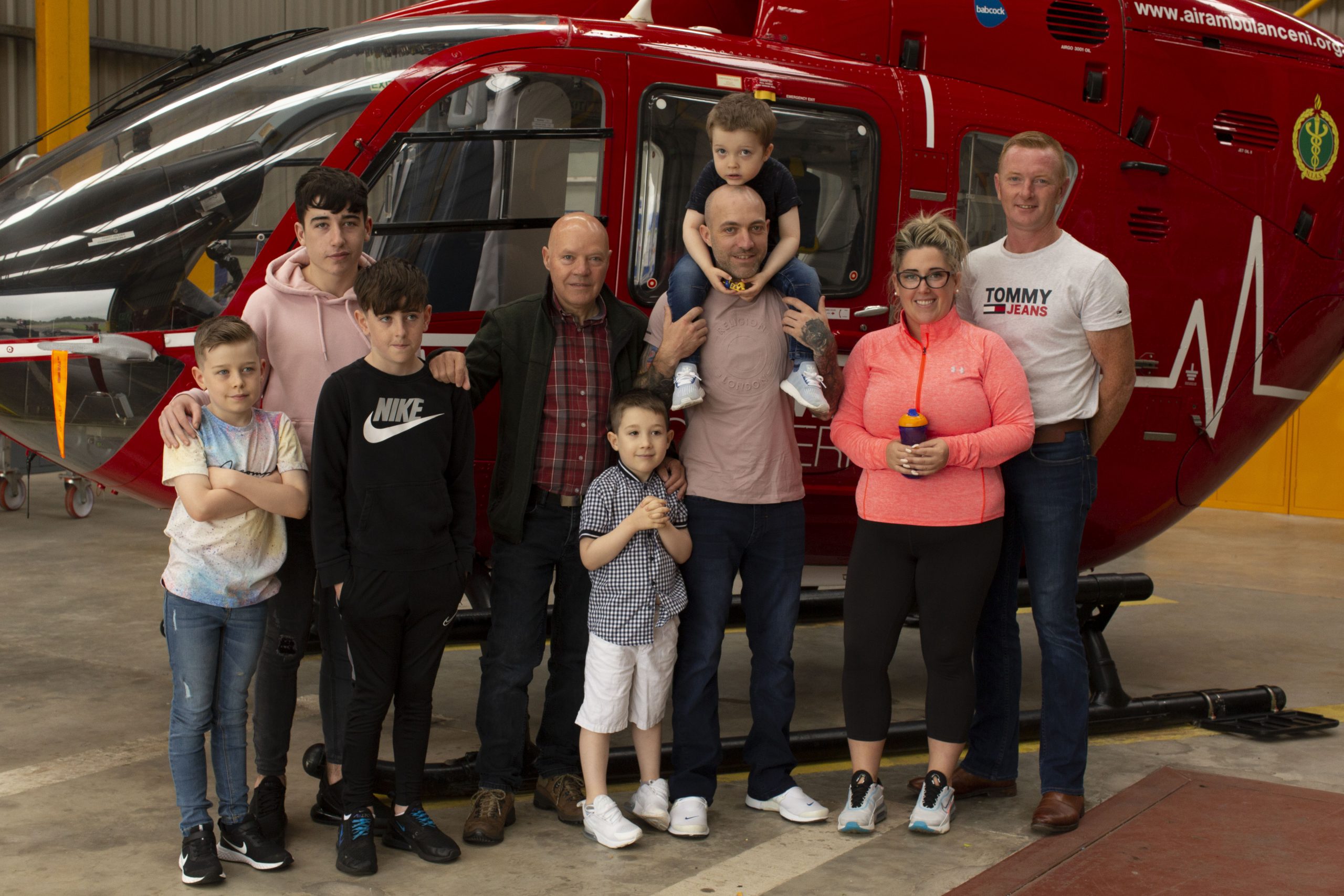