The Neville family from Cookstown in County Tyrone are looking back on the past 12 months, a year filled with heartbreak and uncertainty. On 26th October 2019, a family day out to celebrate their daughter Anna’s 11th birthday ended up in disaster with life-changing consequences.

Anna’s mum, Grace, was hoping for a girlie spa day with Anna, but being a “tom-boy at heart” Anna chose a day of motocross with her brothers at Magilligan Moto X Track, near Limavady.

The whole Neville family were at the track that Saturday afternoon and Anna and her brothers Benjamin (10) and David (9) were completing their second session of laps when suddenly there was a commotion in one particular area of the track where people starting shouting and waving for help. Quickly realising something was wrong, Grace rushed to the scene where she found Anna had fallen off her bike and dad Andrew was shouting for help.

Anna was having a seizure and making choking sounds so Andrew removed her helmet and held her head. At once they could see blood coming out of her ears, nose and mouth. Anna’s eyes were rolling uncontrollably, and her breathing had started to become very laboured.

The emergency services were phoned immediately and a NIAS road crew soon arrived, followed by the charity Air Ambulance NI helicopter, bringing the Helicopter Emergency Medical Service team. Grace recounts, “I remember looking up and seeing the helicopter hovering above us in the sky and then seconds later two men in red running towards Anna. The Air Ambulance NI team brought complete calmness and professionalism to the chaotic scenes we were facing and they worked on Anna for over 45 minutes.” Anna was in a lot of pain and was drifting in and out of consciousness, so the HEMS team decided to put Anna into a medically induced coma at the scene in order to prevent any further damage to her brain.

During this time, Anna’s parents Grace and Andrew waited anxiously as the team worked on their eldest child. Grace remembers asking the Air Ambulance NI doctor why she wasn’t away to the hospital yet and he calmly replied, “The hospital is already here, and her treatment has already begun, we will do everything to help Anna.”

After providing that critical care treatment at the scene of the accident, the HEMS team took Anna from the motocross track outside Limavady and flew her to the Royal Belfast Hospital for Sick Children (RBHSC) in less than 30 minutes, compared to a journey time of 90 minutes via road. 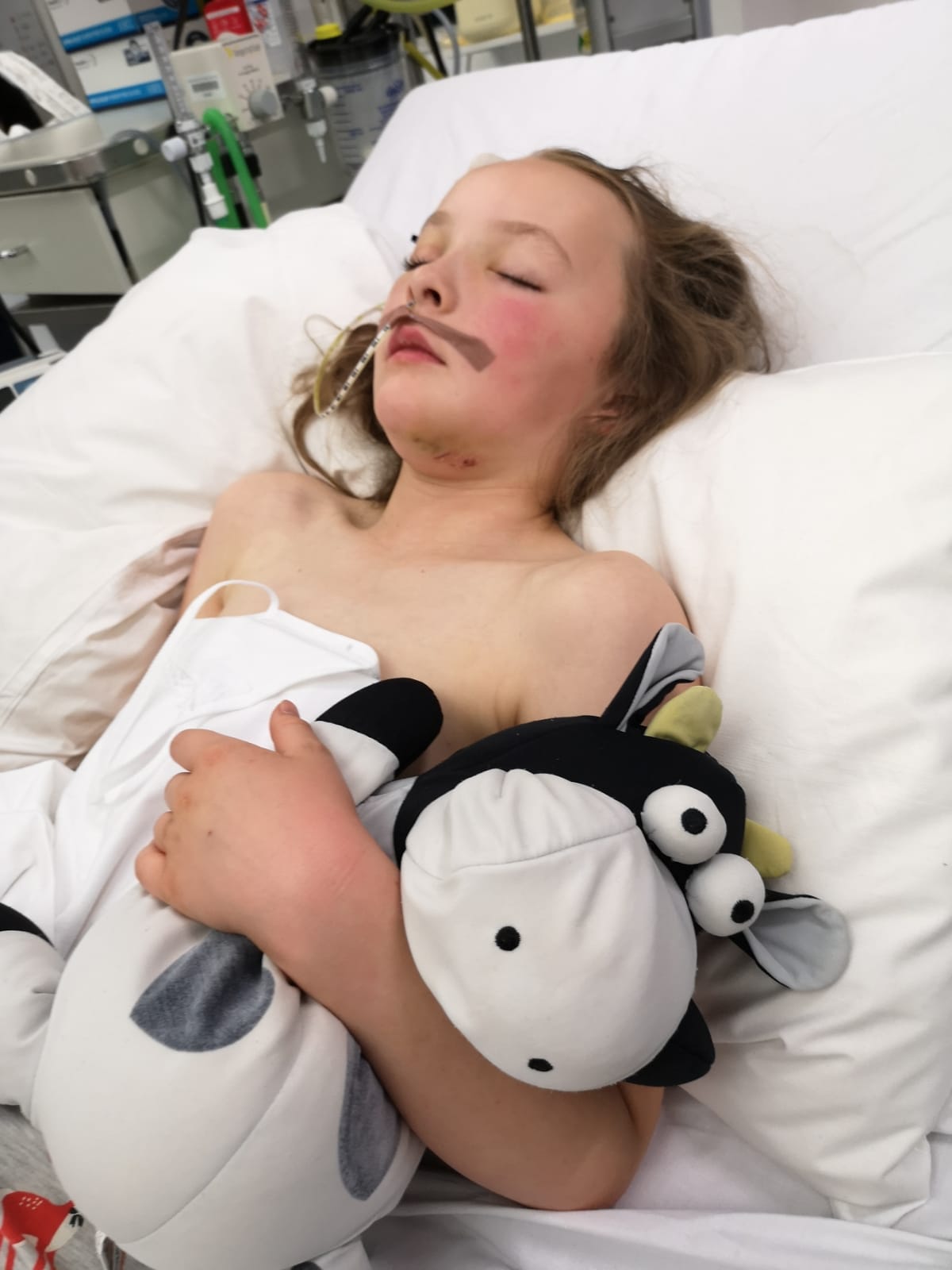 When Grace and Andrew arrived at the RBHSC, the initial assessments on Anna were not positive. Every part of Anna’s brain had received a trauma injury and for the first 3 days, she was not expected to live. Anna had received a fractured skull, multiple bleeds on the brain, collapsed lung, detached retina and damage to her hearing as well as multiple fractures. On the Tuesday following her accident, the team at RBHSC took Anna for an MRI scan which itself was a major procedure, taking over 4 hours and eight members of staff.

Things then began to look a little more positive. Grace and Andrew recall, “The doctors were beginning to see signs that Anna might actually live although they said it would be unlikely if she would ever walk and talk again.… but we just wanted her to live and asked all our family and friends to pray for a miracle.”  The following two weeks, Anna went through a stage of high agitation as her brain was effectively resetting itself, but more positive news followed on the 8th December when Anna’s medical team in RBHSC could see the progress she was making and her incredible fight. Anna continued to defy the odds as the weeks progressed and was finally allowed home in February 2020 to continue her recovery. Grace and Andrew recall, “Watching Anna say goodbye to the doctors and nurses was very emotional, we were both nervous and excited for Anna to start a new chapter in her recovery, a journey made possible by the amazing efforts of the Air Ambulance Team, we are forever thankful”. 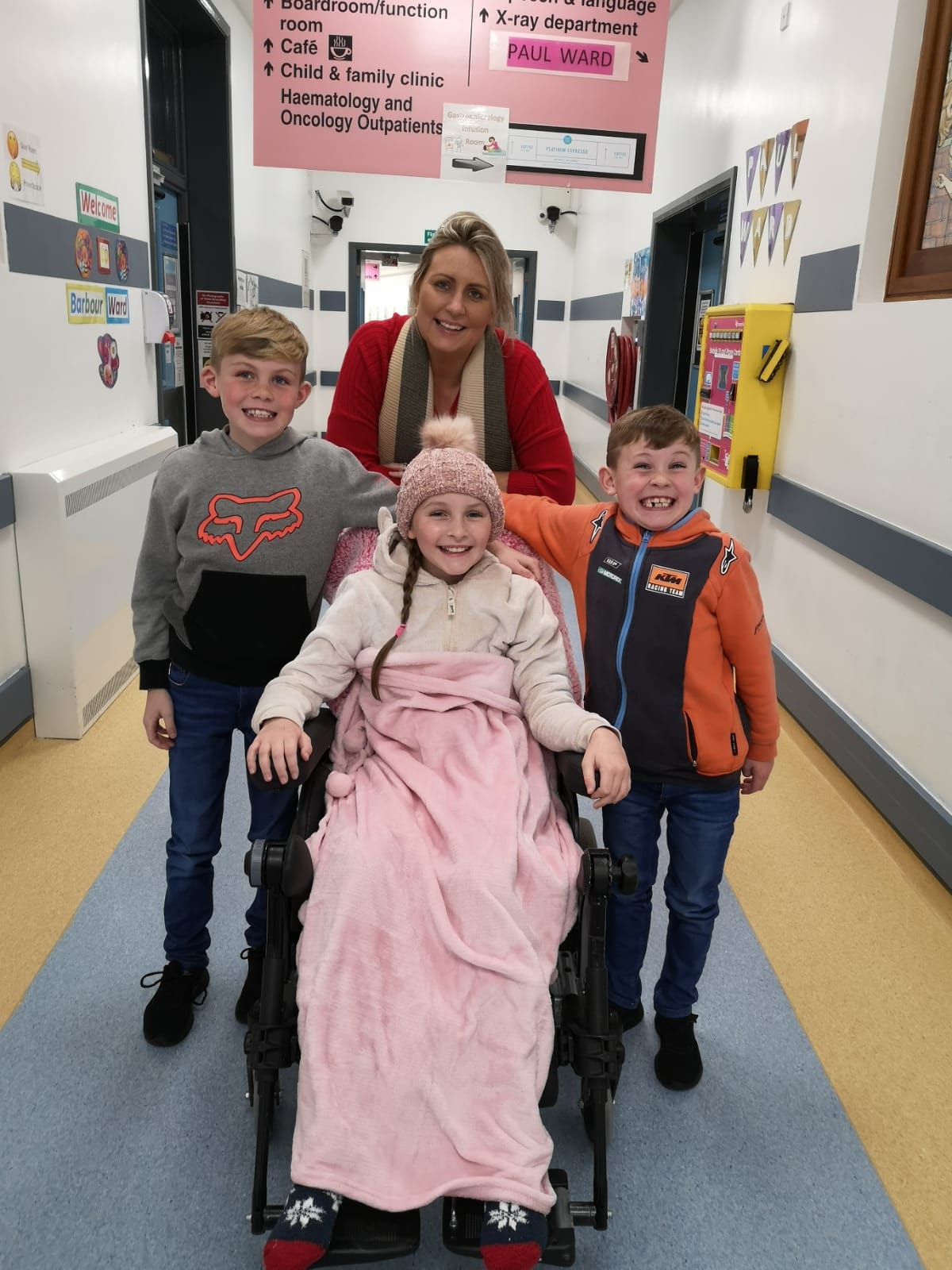 Then in early March, just before the country went into Covid-19 lockdown, Anna and the family visited the charity Air Ambulance NI base outside Lisburn and met the medical team, including the HEMS doctor who treated Anna that day. “Anna gave him the biggest hug ever, it was very emotional for everyone. It was so lovely to meet some of the team that treated Anna as it was all a blur when it happened. We got to learn so much about the service and Anna learnt so much about flying and helicopters after speaking to the pilot.”

Anna has made a miraculous recovery over the past twelve months. “She started Year 8 in Cookstown High School in September and she is in the top class. She is very much still on the road to recovery however – her short term memory and processing skills are still improving and she has lost her hearing in one ear but without the work of the entire Air Ambulance NI team, it could have been so much worse.” Since her accident and her continuing recovery, Anna has been inspired so much by the flying medical service, she has a renewed determination to fufill her dream of becoming an air traffic controller.

“Without this life saving service, the outcome for Anna would have been very different. The expertise, professionalism and compassion of the entire Air Ambulance NI Team is outstanding, they hold a very special place in our hearts. We would ask everyone to consider supporting the amazing work this charity provides.”

Damien McAnespie, from the Air Ambulance NI Charity, said, “Anna’s story is testament to how the work of the entire Air Ambulance NI team and the doctors and nurses in the hospital can make a difference, even when the odds are stacked against you. I want to thank the Anna and the Neville family for sharing their story and raising awareness of our service and the huge impact they can make in saving lives, brains and limbs. Our team is continuing to respond to the worst trauma accidents every day of the week, and at a cost of £5,500 a day or £2 million each year to maintain this service, any support the public could offer us would be much appreciated.”